Japan’s Favorite Aussie is Not Quite Who She Seems 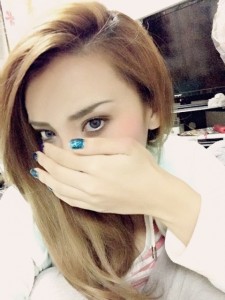 There’s little doubt about who is the most famous Aussie in Japan nowadays.
Miranda Kerr is everywhere; online, on the box, on billboards, on paper, on glossy magazine covers and, to put it simply, on fire.
But not everything is about Miranda Kerr in Japan is quite like it seems.
Take the photo accompanying this page. It’s Miranda Kerr, right? Er, no. It’s a Japanese impersonator called Zawachin, a 22-year-old performer currently making her break — or, more specifically, making herself up — through a talent to use cosmetics to appear identical to celebrities; as long as it’s only from the mouth up and she covers the lower part of her face with a surgical mask. Nobody ever said things were simple in Japan, but as the pick shows, the resemblance is remarkable.
Kerr apparently had no idea she was being set up on a recent trip to Tokyo when Zawachin was lined up beside her and similarly attired, though as the video below shows, Zawachin’s mimicry was not quite as effective when the lens is taken away.