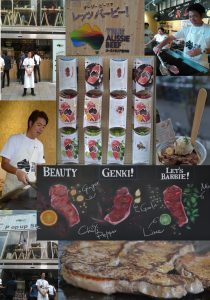 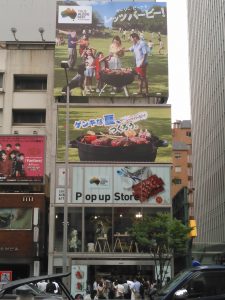 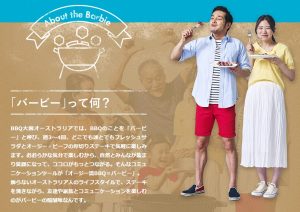 One of the most enduring images of Australian culture.

It was getting close to Chrissie, which prompted me to chuck a sickie. I was still in the nuddy, so I slipped on some grundies. I went to light up a durry, but I’d run out and had to have a rollie. It was perfect weather and I wondered if the blokes from out Woop-Woop would be into having a barbie and lairing it up with me in Brizzie, the Big Smoke.

END_OF_DOCUMENT_TOKEN_TO_BE_REPLACED

Plateは「お皿」という意味だと誰でも知っているはずだが、オージー英語ではパーティーなどに誘われた時によく「プレートも持って来てね」と言われる。パーティにマイお皿持参？？？何でだろう？その謎を解くために、クリックしてみてください。
Everybody knows what a plate is, but in Strine when you’re invited to a party, barbie or the like, you’re often asked to bring a plate. Why would that happen? Read on to find out.

END_OF_DOCUMENT_TOKEN_TO_BE_REPLACED 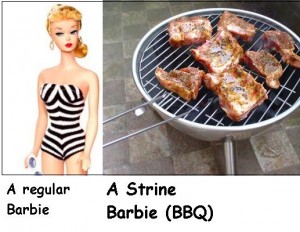