Japan, the land of the gods, threw everything at the Tour de Kagoshima-Kyoto on Day 8, but the riders came up trumps, scaling the queen stage unscathed.

Despite persistent drizzle, the tour made it to the World Heritage List site Koyasan without injury or incident.

Following the previous day’s travelling exertions, it was back on the bikes from Wakayama.

Almost half of the day’s ride was occupied on a beautiful cycling track with barely anybody else using it.

The track ran along the Kinokawa River and offered some nice views of the waterway, as well as distant mountains.

Looming over cyclists, however, was the constant presence of Koyasan.

The ride remained steady until lunch. Surprisingly, Kangaeroo’s early group ran into another bunch that were supposed to have been well behind, but had taken a short cut. The entire troup met for a superb lunch of chirashi-zushi and some also had ice creams.

Forecast rain arrived barely minutes into the afternoon leg and was a near constant thereafter.

By the time the troupe reached the Daimon gate at the summit of Koyasan to welcome visitors to the Buddhist town, mist was so thick the normally imposing gate could barely be seen.

Warming cyclists’ hearts, however, was the news that the tour’s climbing is essentially over and it is, literally, all downhill from here (actually, there’s lots of flats, but nobody wants to let the truth get in the way of a good yarn, do they?)

And Brommie? Well, with so much climbing there was really only one place for the old foldup to play a part….warming up the back of the truck. His day will come again soon. 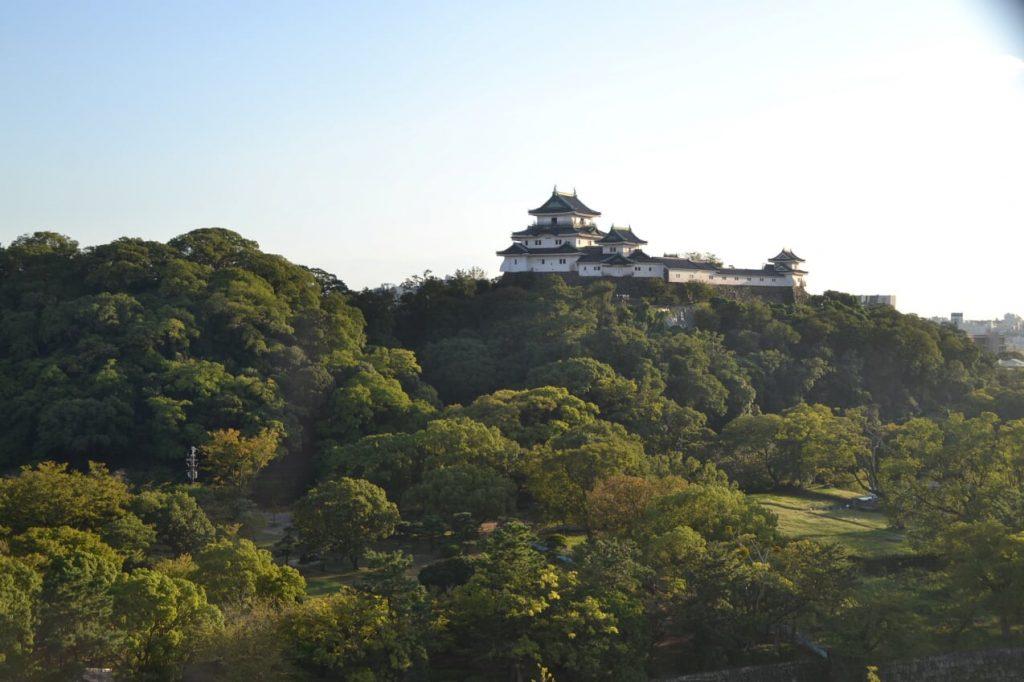 Wakayama Castle is resplendent in both daytime and at night as it watches majestically over the modern-day city to which it gives its name. 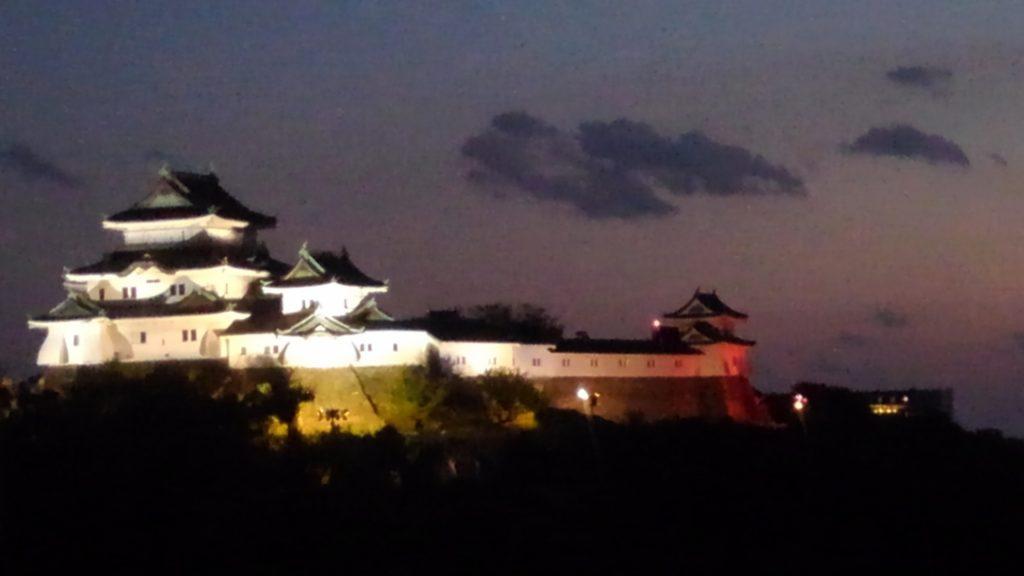