The Times, They Are A Changed

Japan will finally re-open its doors to unrestricted travelers in October 2022, over 2 1/2 years since imposing strict entry requirements (especially on foreigners) due to the COVID-19 pandemic.

Japan is one of the world’s great tourist destinations and it is Kangaeroo’s belief that the hospitality of many Japanese people show toward tourists make it this way. Japan has an extremely well-deserved reputation for being hospitable toward visitors, and that was also Kangaeroo’s experience.

People are expected to come to the Japanese wonderland to see such treats as the mix of ancient and modern traditions, the neon-lit cities, the amazing food, incredible trains, anime, manga, J-Pop and all sorts of delights.

Things have kinda changed since Kangaeroo first came here, though. In those days, the selling point was the exoticism of Japan, especially its women, and the marketing was highly sexualized in a manner unthinkable in today’s prissy age of political correctness. Back in the day, Japan was plugged as being the homeland of topless pearl divers and geisha girls.

MSA Airlines, the forerunner of today’s Singapore Airlines and Malaysian Airlines, tried in an October 1968 advertisement to entice tourists to the Land of the Rising Sun by saying, “Imagine yourself…in Tokyo, where extravagant floorshows are staged in lavish nightclubs and the precise rituals of a geisha part can be seen in many restaurants.” Imagine yourself nowadays if you tried to sell travel with a line like that? (Or even worse, what they said about Hong Kong, where you could be: “Wandering ‘the world of Suzie Wong’ with its brilliant neon lights beckoning you to sample the exciting nightlife.” Definitely a case of mixing up what’s Wong and what’s right.)

Calling Belladonna the love of my life would be going a bit too far.

But only a tiny smidgen.

And she is waaaay up there.

But, the beautiful Belladonna is gone.

A cracked frame means this carbon bike is now an accident waiting to happen.

And it happened the very day after finally being given an all-clear to ride again following illness and injury that have been another plague to cope with since January.

Despondent is not the word.

But I cannot thank this beautiful bike enough for the sheer, unadulterated joys she gave me.

She has made it hard to ride another bike, though.

But, it’s a great chance to grow and learn.

My deepest thanks go out to JD for enabling Belladonna to come into my life.

Bloody Beauty! Back on the Bike!

After months of near inactivity, Kangaeroo was finally able to indulge regularly in the pursuit that brings probably the greatest pleasure in life: cycling!

So far, 2022 has been a series of calamities in terms of cycling, starting with poor weather then moving on to poor equipment, poor health and poor luck!

But things slowly slotted back into place and have finally allowed for a week on the bike that is as good as it gets now!

And some of the results were stupendous, as can be seen in the gallery. 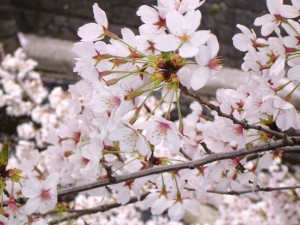 An awesome young Japanese guy playing a hip tune on the didjeridu, an indigenous Australian instrument, in Tokyo’s Harajuku district.

Dancing to AKB48, watching infant girls playing with toys, lingerie and lightning striking were among the 10 most-viewed videos on YouTube in Japan for 2013. Here’s the Top 10.
No. 10 Dancer Kenji Ebina Performs on America’s Got Talent

No. 1 AKB48 Roadies and Other Employees Dance to AKB48 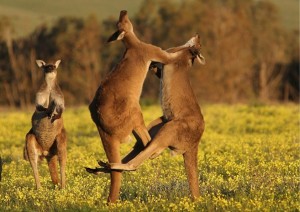