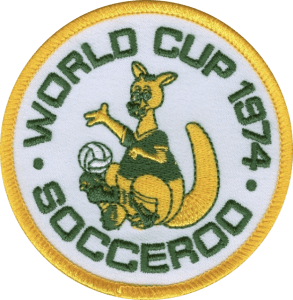 Australia kicks off its 2018 World Cup campaign with a Group C match against France, the 1998 World Cup winner and a favorite for this tournament.
The Socceroos don’t have much of a chance on the pitch, if we’re being realistic. Australia may have one borderline world class player, but Tim Cahill is now 38 years old and may not even get on the pitch.
Considering Australia’s past in the World Cup, the Aussies may want to consider using the shock weapon of singing the blues to Les Bleus, with some of the appalling songs to have accompanied past campaigns a good chance of scaring the opposition off the pitch with Peru and Denmark the other teams being faced.
2018 World Cup song….(this one isn’t official, but it is bloody awful, which makes it perfect for the shock approach).

At least this year’s song is deliberately bad. The official send-off for the doomed 2014 World Cup campaign in Brazil was abysmal, doubly so because it was performed by one of Australia’s most successful music groups in history, The Wiggles, who are unfortunately best known for corny kids’ songs.

In spite of the terrible song, the Soccerooos were knocked out in the group stage. It was a similar story in the 2010 World Cup in South Africa, where the team literally played with heart, but that didn’t work, anyhow. This time, the culprit was theRogue Traders, whose song used heartbeats recorded from Australians around the country, but didn’t help the team get anywhere in the end and it fell out in the group stage.

Giving hope to this theory is the team from the 2006 World Cup in Germany, where Australia progressed into the knockout round for the first time ever following a 32-year absence from the World Cup finals. The 2006 song, Green and Gold was decent, sounded Australian and was related to soccer. It came from a band called Freedom of Thought. The catchy tune was a healthy portend of powerful play.

Mind you, they didn’t scare off the favorites in that tournament, either, so the theory about awful songs may not have much credence to it. 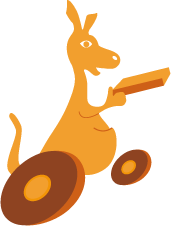 Kangarou Pizzas are a French fast food chain.
The chain appears to be based in Thionville, with outlets in Metz, Nancy and Varangéville.
Perhaps unsurprisingly, the chain specializes in deliveries.
It’s logo is a bouncing kangaroo, or kangarou in French! 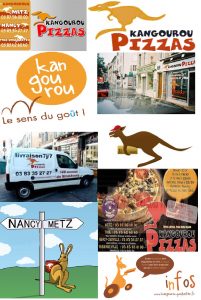 Being from the land of culinary delights, you’d expect Kangarou Pizzas to be a popular choice.
Perhaps because of its origins, customers are more demanding, but the chain gets only average reviews on Trip Advisor, with 60% rating it as either “poor” or “terrible,” though it appears disgruntled users were more miffed by poor service than lousy food.
Still, it’s nice to see kangaroos making their mark in France.

A Kangaroo Was One of the Earliest Advertisers of Cognac 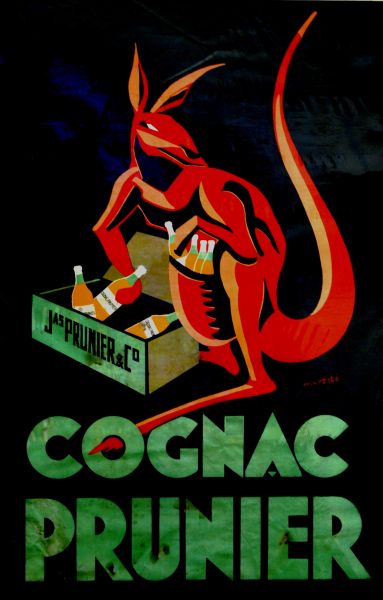 A kangaroo was one of the earliest live animation advertisers of cognac.
An artist called Georges Maresté (1875-1940) made the above advertisement to promote Prunier Cognac sales in Australia early in the 1920s.
Many Maresté works featured his birthplace of Cognac, France, which is, of course, itself the birthplace of cognac brandy.
Prunier has a history of 250 years of selling cognac, so it’s unlikely to have rued the day it roo-d the day by using Australia’s national animal to plug its wares down under. 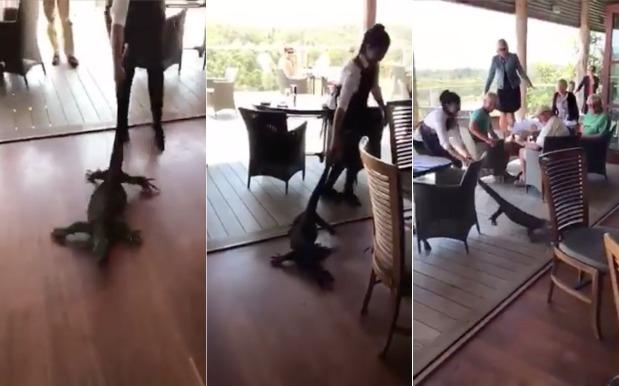 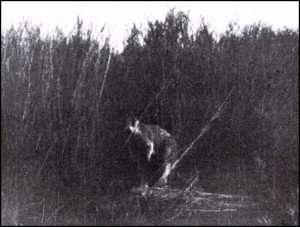